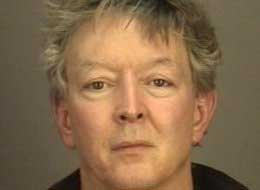 Having to do with a Rochester Institute of Technology professor and his wife Christine.

My husband Martin came into the room saying that he had just heard that Christine had been murdered, and police were confiscating all things from their home that might be used as evidence.

“Not Tim!” I exclaimed. “Surely, they don’t suspect our Tim!”
As it turned out, on the basis of his own call to the police that he had strangled her, Tim already had been arrested,

We didn’t know them well, but we had known them for a long time. They had been founding members of the Toastmasters Toastitarians group 20 years previously, and well known throughout the Rochester Community as singers and guitarists.

They had met in the Unitarian Church Choir, and were members of Madrigalia, as well as other groups and singing, as they were known and seen everywhere, as a couple. Christine also was an artist, an accomplished photographer and advocate for wetlands. Whenever she was publicly speaking and/or showing her work, Tim was always quietly In the background, helping her out. 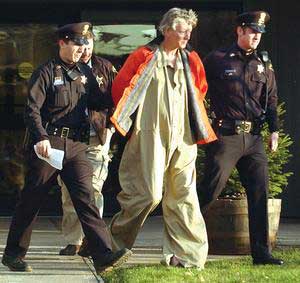 At the Memorial Service for Christine, it struck me that of all the people who would miss her most, it would be Tim. So with the blessings of the intervention team, I set off to visit him regularly as long as he was in the Monroe County Jail. My husband Martin soon followed suit, until he was transferred to Dannemora in Northern New York. 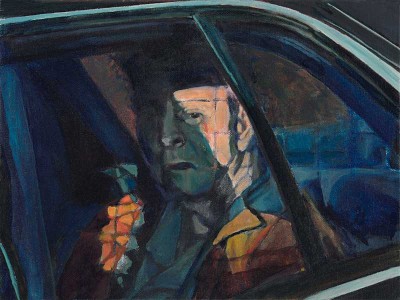 Coincidentally, two days after I posted the paintings on Facebook, Tim, who has no way to use a computer, let alone Facebook, in prison, wrote and asked me if again I would send prints of the paintings I had done of him and Christine (he had but couldn’t take with him a small print of Christine).

The reference painting for Uncertain Future was taken from a news story at the time of his arrest. With most of the interior of the back seat of the police car dark, the bright Shafts of light seem to me to represent hope and breakthrough for him.

Although the act still is enshrouded in dark mystery for him, Tim has accepted his lot, and is developing an internal sense of freedom as he pursues his interests in reading, writing, drawing, and instructing other inmates.

The title “Strangling the Light”

is inspired by a poem by Kathleen Sheeder Bonanno author of Slamming Open the Door, s 41 poems revolving around the 2003 strangulation death of her 21-year-old daughter, Leidy.

“You can try to strangle light;
use your hands and think
you’ve found the throat of it,
but you haven’t.
You could use a rope or a garrote
or a telephone cord,
but the light, amorphous, implacable,
Will make a fool of you in the end.” 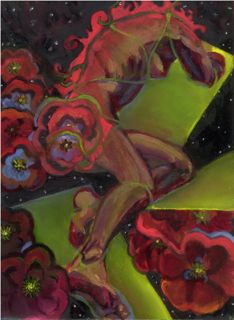